âThe real problemâ, as BF Skinner the social scientist rightly pointed out âis not whether machines think. It is whether men do.â

When it comes to technological advancements it would seem Skinner was right on the money. We tend to take an alarmist view, every time we are confronted with something new. Take the arrival of the textile loom in 12th century Europe. Today we recognize this as the harbinger of the industrial revolution. Back then however, it caused riots and the Dutch even destroyed the loom as it caused job losses among sheep farmers.

The problem is that while the science has advanced tremendously from the basic loom, we have not managed to advance the argument. As the COO of a company that is using AI to unlock hidden profits in the retail environment, I find much of my time is spent dealing with a variation of a nine-century old question. How will technology (in this case AI) impact jobs? The answer, unfortunately, is also nine centuries old. Like every great advancement in technology, AI is massively disruptive. And like every great technology AI will propel mankind to greater heights of achievement in all spheres of activity be it science or art, physical or mental. There is not a single aspect of our lives that AI will not touch – if it is not already – and greatly enhance. Let me share a couple of examples.

A common story in the medical profession is that AI will cause massive job losses among doctors as AI driven apps like Babylon can blitz through databases of hundreds of thousands of patients to quickly diagnose symptoms. However, it took a combination of both human and artificial intelligence to work out the 3D structure of an HIV enzyme in just three weeks. Alone neither could get the job done and together we are greater than the sum of the parts. AI enhances humans as much as human intelligence enhances AIâs abilities.

Similarly there is a fair bit of hullabaloo in the legal community about AIâs potential to replace lawyers, or even judges, and while AI is threatening these kinds of white collar jobs, it is going to replace many jobs that require routine mental work, such as writing up contracts. AI is also an excellent assistant to the trial lawyer looking for the one loophole that will exonerate their client. Think back to that classic 1992 Hollywood courtroom comedy My Cousin Vinny. The fate of the case hinged not on Vinnyâs knowledge of the law, but on his girlfriendâs expertise of automobiles. Now, you wouldnât expect most lawyers or their girlfriends to know that much about cars. But given an AI assistant Vinny would still have solved the case. All he would do is feed the critical photographs to his assistant and ask it the question he asked his girlfriend. Bingo, he would have got the exact same answer, without the attitude!

Thatâs the whole point with AI. It will help us as the human race move on to the next level of achievement. Our personal virtual assistants will be constantly by our sides, monitoring us, advising, informing and helping us get better at whatever we do. Weâre seeing the initial burst of products in the virtual personal AI space. From Appleâs Siri, Googleâs Assistant, Microsoftâs Cortana to Amazonâs Alexa and a few interesting ones from Smartphone manufacturers you can get a teaser of what to expect when you collaborate with AI.

But these are early days. Moving forward your personal assistant will become capable of a lot more, will understand you better and tailor itself to creating a better you. The soldier will have her assistant, the musician his. Eventually, she will become a better soldier and he a better musician. We are not there yet, but I believe Tony Stark and Jarvis is the vision of an AI-enabled future. There is no Ironman without Jarvis and no Jarvis without Tony Stark. It is an integrated future full of amazing possibilities So letâs junk the old argument and embrace the brave new world of AI.

P.S. One of my business fellow who is a father of 3 already think about how AI can help his kids, and maybe yours, learn smarter.

Tom Davenport is the Presidentâs Distinguished Professor of Information Technology and Management at Babson College, the co-founder of the International Institute for Analytics, a Fellow of the MIT Center for Digital Business, and a Senior Advisor to Deloitte Analytics.Â He teaches analytics and big data in executive programs at Babson, Harvard Business School, MIT Sloan School, and Boston University.Â He pioneered the concept of âcompeting on analyticsâ with his best-selling 2006 Harvard Business Review article (and his 2007 book by the same name). His most recent book is Big Data@Work, from Harvard Business Review Press.

He views are consistent to want we do at HIVERY, we are pioneering what we call “Prescriptive Scienceâ ¢” – what he calls “Analytics 4.0”

Below I’ve summarized his talk along with few examples:

Here is a summary. Â He talks about 4 types of analytics: 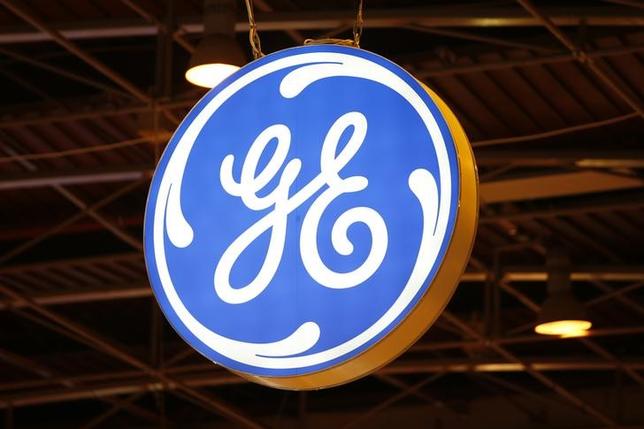 By admin
in Uncategorized
with 0 comments
Using your minimal viable product (MVP) to test a set of hypotheses.

So you have an idea that its beenÂ crowd sourcedÂ andÂ peopleÂ love it! Â  You have a business sponsor willing to take your idea but now your asking yourself – how on earth am I going to Â implement it? Â Would it work really?

I am a big believer of using Start up thinking in a corporateÂ environmentÂ to move an idea into reality. At my work I often use frameworks advocated by EricÂ Ries inÂ Lean Start upÂ  – Â which I often call the “nail”,Â Steve BlankÂ onÂ customer discovery Â – Â which I like to call the “wood” and incorporate a littleÂ Alberto Savoia‘s pretotyping – which I call the “hammer“. Â I know itsÂ stretched out analogy – but play along with me! Â DoesÂ the “nail” (ie MVP) pass through the wool easily (ie be accepted by customers) when you are using the hammer (ie the process of conducting the test)? If so, keep progress, else pivot your approachÂ and just another nail!

A minimalÂ viable product (MVP) can be used against an agree set of hypotheses to validate whether an idea will work. Â Now there are few ways to do this and depends on where you are at in yourÂ hypotheses.

PretotypingÂ is about testing whether an idea will actually solve a customer problem (ie will it be used) while Prototyping Â tests whether one can actually can build the solution in viable way.

By testing I mean turning these thoseÂ assumptionsÂ or “guesses” (i.e. your hypotheses) into realÂ solidÂ fact.

I like to talk about Â three methodsÂ ofÂ test Â – and this was posted onÂ http://blog.leanstartupmachine.com/Â which provides a good practical summary:

Based onÂ ethnographic researchÂ techniques, this method is basically exploring the solution through conversation. Â You need to first Â ensure that the person you are interviewingÂ fits your customer target Â – Â ideally early adopters of your solution who will help you validate Â your assumptions. Â Here are few statements to start with:

This method is basically used to engage with your target customer Â and try to see if they are willing “invest” in your solution by getting them to exchange some form of “currency” (eg an email, a tweet, an verbal agreement or even money). Â Its also known asÂ smoke testing.

I love this method and I have personally used it to test some of my “start up” ideas. It is often referred asÂ Wizard of OzÂ ie. faking the product with as little technology as possible.

If you go toÂ Alberto Savoia’s around 16.42Â minutesÂ you see a classic example of this in action.
The goal of concierge is have your target customers engage with your product (ie use it) and see if would they buy it right now.
In the video example with IBM,Â initiallyÂ people thought “speech-to-text”Â was a great idea, but after the people had the chance to actually “use it” , peopleÂ didn’tÂ like. Some said, their throat became sore or the office became be veryÂ noisy, others said it would be very difficult to dictateÂ confidentialÂ memos. Â  Killing the idea completely but savings millions of dollars in the process!
Summary: Â when you have an idea, you really have assumptions. Â You need to turn those assumptions about your idea (ie features, target segment, price etc) Â into fact. Â These method help with this process. Â Always ask yourself what is the mostÂ simplest possible way you can test your idea and turn any assumptions into fact and determine how and if your would actually idea work. Â Use the Learn startup method, create a MVP, apply pretotypingÂ methods andÂ get out of the office!